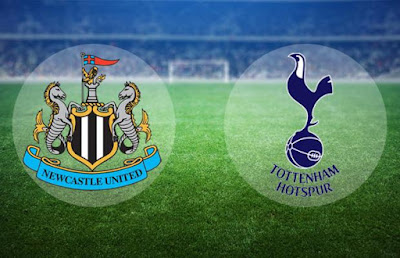 Newcastle vs Tottenham Preview and Predictions

Newcastle United vs Tottenham Hotspur
2018/19 English Premier League
Date: Saturday, 11th August 2018
Kick-off at 12:30 UK / 13:30 CET
Venue: St. James Park (Newcastle).
Newcastle United start their 2018/19 English Premier League campaign on Saturday against Tottenham Hotspur, the same team at this venue in the opener of last campaign.
Spurs outplayed the Magpies and won 2-0 last August, thanks to second half goals from Dele Alli and Ben Davies.
Rafa Benitez will be keen to avoid a similar result this time knowing that he has not won an opening fixture since 2012/13.
The last time they did, the opponent was none other than Tottenham by a 2-1 margin and again at this same stadium.
Both teams are coming into matchday 1 under pressure, mainly due to limited activities in transfer market.
Newcastle United vs Tottenham Hotspur Head to head
The team met 46 times in the English Premier League and Newcastle lead the h2h with 21 wins as against 19 Spurs win and 6 draws.
However, Spurs won both league games last season to nil, 2-0 at St. James and 1-0 at Wembley.
Also, Spurs have won 3 of the last 4 h2h meetings at St. James Park, while losing the other.
Nine of their last 12 Premier League h2h meetings across all venues saw at least 3 goals.
And 9 of the last 10 saw at least 2 goals in the second half.
Newcastle United vs Tottenham Hotspur Prediction
The pre-season leaves two contrasting pictures of the teams involved here.
Spurs impressed in the 3 ICC games by picking wins against Rome and AC Milan and a 2-2 draw against Barcelona.
Meantime, Newcastle had a spell to forget and finished off without scoring in three consecutive games.
Anyhow, it will be a different battle altogether when they take the field at St. James Park on Saturday, since pre-season is all about building fitness. SOurce