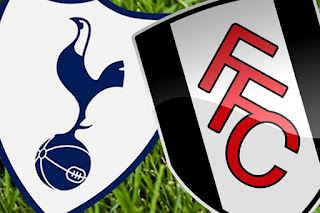 Tottenham vs Fulham
English Premier League
Date: Saturday, 18 August 2018
Kick-off at 15:00 UK/ 16:00 CET
Venue: Wembley Stadium (London).
Spurs started their campaign on a winning note, but they were far from their usual best. They were indeed lucky to have come away from St. James Park with a 2-1 win.
On the other hand, Fulham’s return to English top tier didn’t go well. Despite having most of the ball possession, they went down 2-0 to Crystal Palace. Worrying part is for Slavisa Jokanovic is the number of scoring chances given away to the opposition.
To summarize, either sides are looking to fix respective vulnerabilities ahead of matchday 2.
Tottenham vs Fulham Prediction
Both teams were out of sorts on opening day, yet a few moments of brilliance as enough to fire Tottenham home. They do have an excuse of players returning late due to participation in World Cup.
Fulham on the other hand, looked completely disjointed as a unit and got outplayed by Crystal Palace in front of their own fans.
Slavisa Jokanovic’s side is known for making slow start to the season and I do not see them improving a lot on second week.
You will hear this a lot all over internet and from experts that Tottenham have a poor record in the month of August.
What they are not telling you is that this is the same team that were unbeaten in the same month in 2016/17 season (4 wins and a draw).
Well, they did lost to Chelsea and drew Burnley last season at home, this was during the time they took to adjust to the Wembley stadium. Source