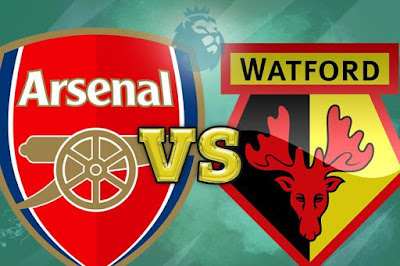 Arsenal is currently enjoying a 5 match unbeaten run in all completions. This is after bouncing back from the thrashing by Chelsea in their second league game to scoop 3 straight wins in the EPL followed by a UEFA Europa League win against Vorskla and Wednesday’s Carabao Cup victory.
This is a clear indication that the team is great form and will not stop at anything. They will come into this home game with the aim to clinch a win and climb up some slots in the league standings. Evidently, they will not want to halt their winning streak.
Danny Welbeck who displayed excellent performance in the Carabao cup game against Brentford after scoring 2 goals may feature in the Starting XI. Additionally, Lacazette, Ozil, and Aubameyang will be looking to add some more goals to their tally.
Watford will be coming into this game in low spirits after being edged out of the Carabao Cup on Wednesday. Moreover, the last 2 EPL fixtures have not been in their favor after losing to the Red Devils and settling for a draw against The Cottagers. This game will be a moment for them to redeem themselves.
The Hornets are known to be a hard nut to crack for the Gunners. They will strive to put up a fight against arsenal in this away game. Pereyra, Gray and Deeney will definitely be in this matchup with an aim to score more goals.
Source : leaguelane.com