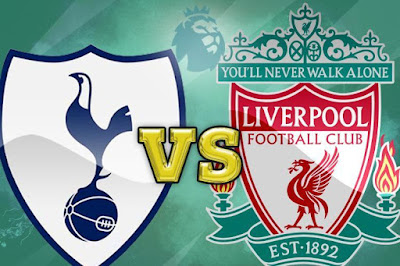 The international break is over and this is one of the best feelings for club football fans.
Spurs will be coming into this one having been defeated in their last EPL league game to Watford. Most notably, the Spurs were brimming with confidence after hammering Manchester United 3-0. In this game, they showed everyone why they should be considered among the favorites to win the Premier League this season.

The consistency issues of the Spurs came trembling down in the Watford game. Surprisingly, Watford, currently in the 4th place of the standings, came from behind to beat the Spurs before the international break at the Vicarage Road Stadium. Despite being thrashed, the Spurs looked complacent.
This will not be an easy game for the Spurs, considering that they are locking heads with a seemingly stronger side.
Liverpool is currently enjoying a 4 matches unbeaten run. They kicked off the league in high spirits and they don’t look completely convincing in their last three matches. To say the least, they among the other high ranking teams which are favorites to lift the EPL trophy at the end of the season.
For this away game for Klopp’s men will not be an easy one. Liverpool will be looking forward to keeping their place at the top of the table. Apparently, Klopp will be without injured trio Alex Oxlade-Chamberlain, Dejan Lovren and Adam Lallana. Nonetheless, the high flying trio of the team’s best forward combination of Salah, Firminho, and Mane are among the starting XI.
Tottenham vs Liverpool Prediction
For both teams, this will not be an easy game. Both teams will be aiming to scoop 3 points and continue keeping their dreams of winning the league alive.
The Spurs will not be willing to lose this one in front of their fans at the home ground. They will fight to the end. Maybe, they can surprise us again by beating a relatively stronger team, as they did in the Man United game.
On the other hand, Liverpool is currently in good shape and form. They purpose to win this game and make their unbeaten run tally to 5 games. The modest prediction for this game is both teams to score.
Source: leaguelane.com