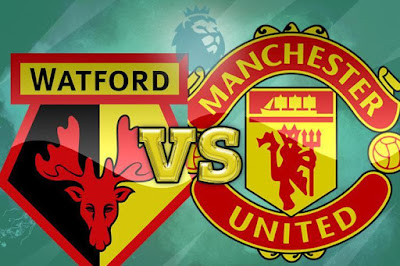 Watford will be hosting the Red Devils at Vicarage Road for this Saturday clash.
Notably, both teams are coming into this clash having won their previous EPL fixture before the international break.
We should agree that Watford is enjoying their perfect start this season. They thrashed Tottenham Spurs in their last league match at home. Previously, they had hammered Brighton, Burnley and Crystal Palace.
The Hornets will be looking forward to continuing their perfect 4 matches unbeaten run and another 3 points into their tally. Mourinho’s men may want to get hold of the high flying Robert Pereyra who has bagged 3 goals in the four games.
Javi Gracia is not expected to make any major changes from the squad that started their 2-1 win over Tottenham. However, Tom Cleverley, Gerard Deulofeu and Miguel Britos are the only injury concerns for Watford as they head into this game.
The Red Devils are currently suffering inconsistencies, having won 2 matches and losing another 2. After narrowly losing their away game to Brighton, they suffered a bad thrashing at the hands of Tottenham before bouncing back to beat Burnley.
Manchester United will be aiming to continue with their winning but must do exceedingly much to win over the home side. Mourinho’s side will be without Marcus Rashford who starts a three-match suspension this weekend after a straight red card against Burnley. Moreover, Luke Shaw will also miss this matchup after suffering a concussion in England’s UEFA Nations League defeat to Spain last weekend.  Marcos Rojo, Phil Jones, and Sergio Romero are other fitness concerns for Jose Mourinho.
Source : leaguelane.com