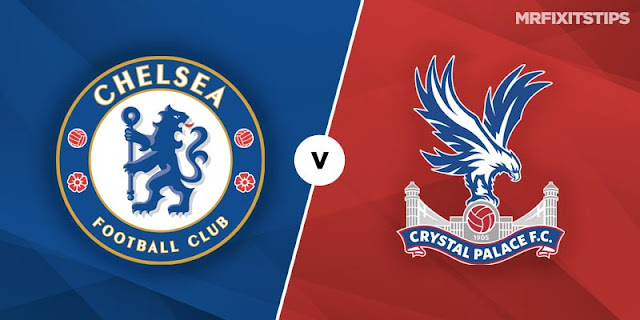 The Blues will be coming back to EPL fixtures after a thrilling Carabao Cup match against Derby County.
Chelsea are yet to be defeated in the Premier League this season. They will be looking forward to clinching another win as they host Crystal Palace on Sunday evening. They are just two points behind of the league leaders.

Most notably, they started the season in relentless form and this makes most people value them as equal contenders with Liverpool and Manchester City. Eden Hazard, who has missed the last three matches for Chelsea, is set to return to the field in this matchup. There is no other injury for Sarri and this will be a strengthening factor.

Crystal Palace has had a mixture of performance. They have not settled on one trend and this has seen them put down roots in the second half of the league standings. Notably, they remain without a win in their last 5 EPL matches and may not have a great chance of redeeming themselves in this matchup.

Of late, they have been conceding too many goals and this does not augur well against opponents like Chelsea.  It is unfortunate that Palace has been without both Christian Benteke and Joel Ward. Nevertheless, Scott Dann will hope to make his return by the end of the month and may also not make it for this matchup. There are no fresh injury concerns for Hodgson and we may see the same squad that played against Arsenal.

Chelsea cannot afford to halt their unbeaten run at their home ground. This implies that they must win this game and bag another 3 points. With the high tendency of the visitors to concede, we may see more than 2 goals from the Blues. The most viable prediction for this game is a home win combined with over 2.5 total match goals. Crystal Palace may also get a chance to net at least one goal.
Source : leaguelane.com