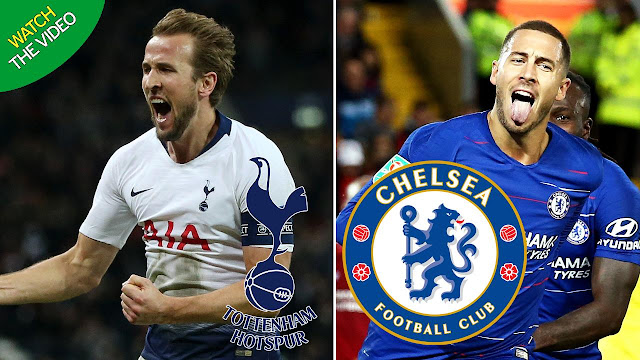 Two heavyweights of England lock horns in this exciting fixture in the Premier League. Tottenham hosts the only undefeated team left in Europe this season, at the Wembley Stadium.
The Spurs will be pleased with their efforts in grinding out a win against the tough Crystal Palace, despite being on the road. A lone goal in the 66th minute by Foyth gifted the three points to the team from London. For a change, Harry Kane was not on the scoresheet.

Chelsea under Maurizio Sarri has really been a different beast in 2018, and Eden Hazard, the wonderboy has started to grow into building his legacy and leaving his mark on the sport on football. He has fearlessly announced his aim to dethrone the stalwarts of the game, Messi, and Cristiano. And the Belgian’s performances so far in the season has been backing up his claim.

Chelsea had to settle for a draw against Everton, at home, last weekend. The match remained goalless for the whole of ninety minutes, and Sarri and Co have vowed to make amends in the next game.
Under captain Eden Hazard and gaffer Sarri, Chelsea will bounce back from their recent draw against Everton, at home, and will make amends for that against Spurs. Pochettino’s men had a recent slump in form at home and suffered three losses in their last six matches.

Goals will be scarce in this tie, as both teams will play it safe at first and avoid conceding early goals. Later on, the tempo will pick up, and the team who makes the fewer mistakes will walk away with the win.

As things stand, Chelsea has the advantage. Their unbeaten status isn’t really threatened to that much of an extent by Spurs, even though they have the home advantage.
Source : leaguelane.com