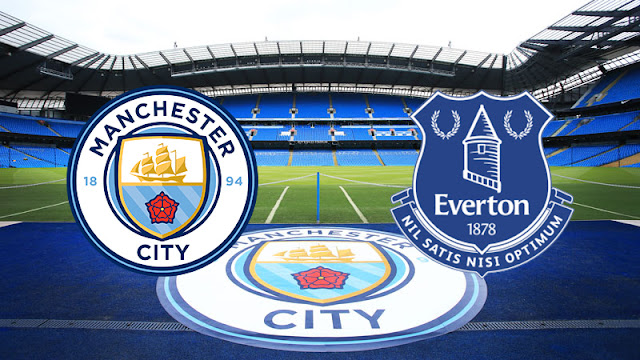 Manchester City fell to second place after suffering their maiden defeat of the campaign last weekend away at Chelsea. The Citizens will be looking for a rebound victory in the first game of Saturday’s EPL schedule as they play host to Everton at Etihad Stadium.

Pep Guardiola’s men showed two opposite faces in two halves of the affair at Stamford Bridge. They dominated the pitch at the start of the game but had early Leroy Sane and Raheem Sterling efforts denied by brilliant Kepa. The Blues got a breakthrough at the death of the first half when N’Golo Kante sent the ball into the back of the net after a nice delivery from Eden Hazard.

City’s game fell apart ever since as they just could not find the way past Chelsea’s stern defense on the day. Can they bounce back and prevent leaders Liverpool from running ways with a three-pointer against Everton in the first game of the Matchday No 17?

Everton continued with hot and cold form on Monday when they barely saved a 2-2 draw at home against Marco Silva’s and Richarlison’s former team Watford. It was Lucas Digne whose perfectly taken free –kick denied the Hornets in the sixth minute of the added time.

However, the Toffees are winless in three league games and have dropped down to 7th in the league ladder as a consequence. They ruined a fine defensive record by allowing three goals in past two games against the likes of Newcastle and Watford.

The hosts will be highly motivated to bounce back after a Chelsea loss. Given Everton shipped two goals to Watford at home on Monday, we see plenty of room for league’s best attacking line to shine on the day.
Source : leaguelane.com