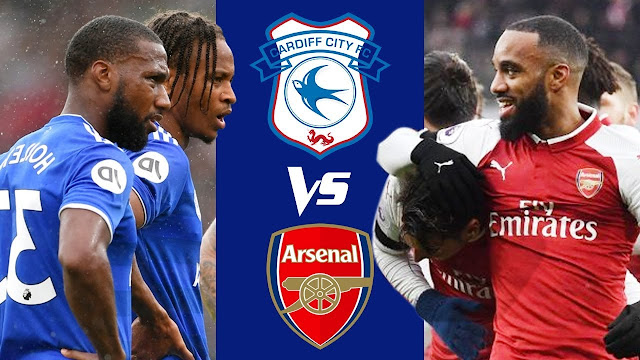 After a struggling start to the season, Unai Emery has made the Gunners a team to beat in the Premier League. His side is 5th in the table still in contention for the Europa League spot.

They are fresh from a home defeat to the Red Devils in the FA Cup. That defeat came after an impressive win over Chelsea in the league. Emery’s men have been thrashed badly by Ole’s Devils and an injury to Laurent Koscielny was like rubbing salt to the wound. They have won 3 of their last 5 home matches and 3 of those games had more than 2.5 goals in total.

Cardiff, on the other hand, is winless in their last 4 competitive games. This includes a surprising defeat to Gillingham in the FA Cup. The Bluebirds are in the relegation zone at the moment, with just 5 wins in their 23 matches so far. Their defence will have to be at their best against the attack of the Gunners which has already netted 48 goals in the league till now.

Neil Warnock’s men have lost 3 of their recent 5 matches on the road and are on an active 2 match losing streak. Less than 2.5 goals came in 4 of those matches too. Cardiff is looking like they will be back in the Championship after a single season at the top tier.

Arsenal defence was in sixes and sevens against Manchester United. But they held strong against the Blues in their previous league game. With a depleted defence they may have problems at the back. But Cardiff has failed to score in their away matches consistently. So I recommend betting on a clean sheet for the Gunners with 1.90 odds.

*The Gunners are unbeaten in the last 6 h2h against this opposition.
*They have won 4 of the last 6 matches against Cardiff.
*In 4 of those 5 games between them, more than 2.5 goals were scored.
*Arsenal has a 100% win record against these opponents at home in all the 3 h2h matches at this venue.
*More than 2.5 goals were scored in 2 of those 3 previous h2h matches at this venue.
Source : leaguelane.com