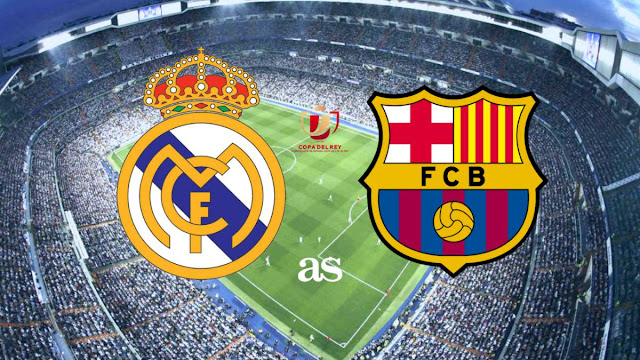 Well, Madrid really did throw everything they had in the arsenal at their rivals the last day, but the ball just refused to go in. The team dominated all through the game but had to helplessly watch as Barca’s three of only four shots going into the goal.

It cannot be all disappointment for the Los Blancos though. They might have found a replacement for their indomitable talisman Cristiano Ronaldo (very big shoes to fill in) in Vinicius Jr. The young guy entertained and caused havoc in the opposition half. Even veteran Pique found it hard to keep up with the Brazilian.

Anyway, at the end of the day, Blaugrana was more clinical in front of the goal, and off-form Luis Suarez returned to the limelight to haunt his favorite prey. The Uruguayan recorded a brace in the just-concluded Copa del Rey Semi-Final second leg and was unlucky to miss out on a hattrick. Raphael Varane was quick to slot an own goal into the nets before the striker was able to poke his toes.

Now, we turn our eyes to the second Clasico in three days.

The loss in the domestic cup will surely be hurting the hosts, and more than that, the number of chances that missed the goal by a whisker. Karim Benzema has been performing like his glory days in the preceding match-days and spearheads his team’s attack. The Frenchman is amply supported by the newcomer Vinicius Jr. It’s very tough to envisage a Real Madrid that would resort to another goalless ninety minutes at the Santiago Bernabeu, after losing against their eternal rivals mere days back.
Source : leaguelane.com